THE BEST VOLCANOES TO VISIT IN THE WORLD

Have You Ever Thought of Making Your Vacation a Bit Edgy, Literally?

Then this post will definitely add reasons why you should consider visiting volcanoes during your vacation. Over hundreds and thousands of years, volcanic activity has yielded an array of adventurous activities, breathtaking views and features, from craters and calderas to lava flows and lava tubes. Volcanoes can seriously upgrade your holiday adventures, standing on the edge of the cauldron and witnessing the sight is surreal, or witnessing some frozen volcanoes or if you’re an intrepid traveller, you will definitely love these hike-able volcanoes.

There are around 15,00 volcanoes in the world, and none of them is created equal. No matter which volcano you plan to visit, we have rounded up some interesting volcanoes based on their spectacular views, how active they are and hike worthy volcanoes. Below mentioned will offer a fascinating insight into the authority of mother nature. 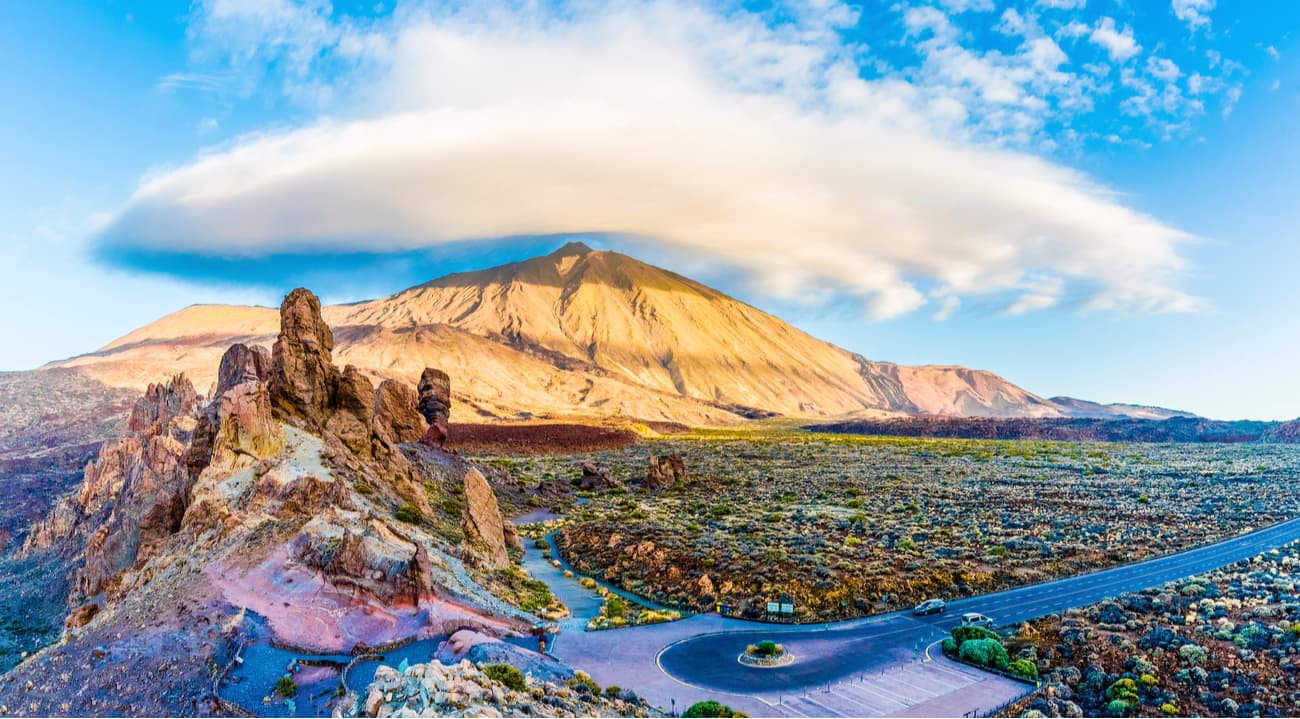 One of the reasons to visit this place is because this volcano was declared a world heritage site under UNESCO,  for being so unique and geologically diverse. This can be your good start to vacation on the edge. Although it comes under the category of an active volcano, it is except for the part where the lava is frozen which makes it quite the safe space to start. Mount Teide is the highest peak in Spain, though the view can be enjoyed by cable cars, but a 3-hour hike which will be strenuous but worthy to watch the cauldron

The best time to visit this volcano is during the winter season, as these are covered in snow. Among the other best thing Mount Teide National park ranks the best not in Spain but also in the whole of Europe. 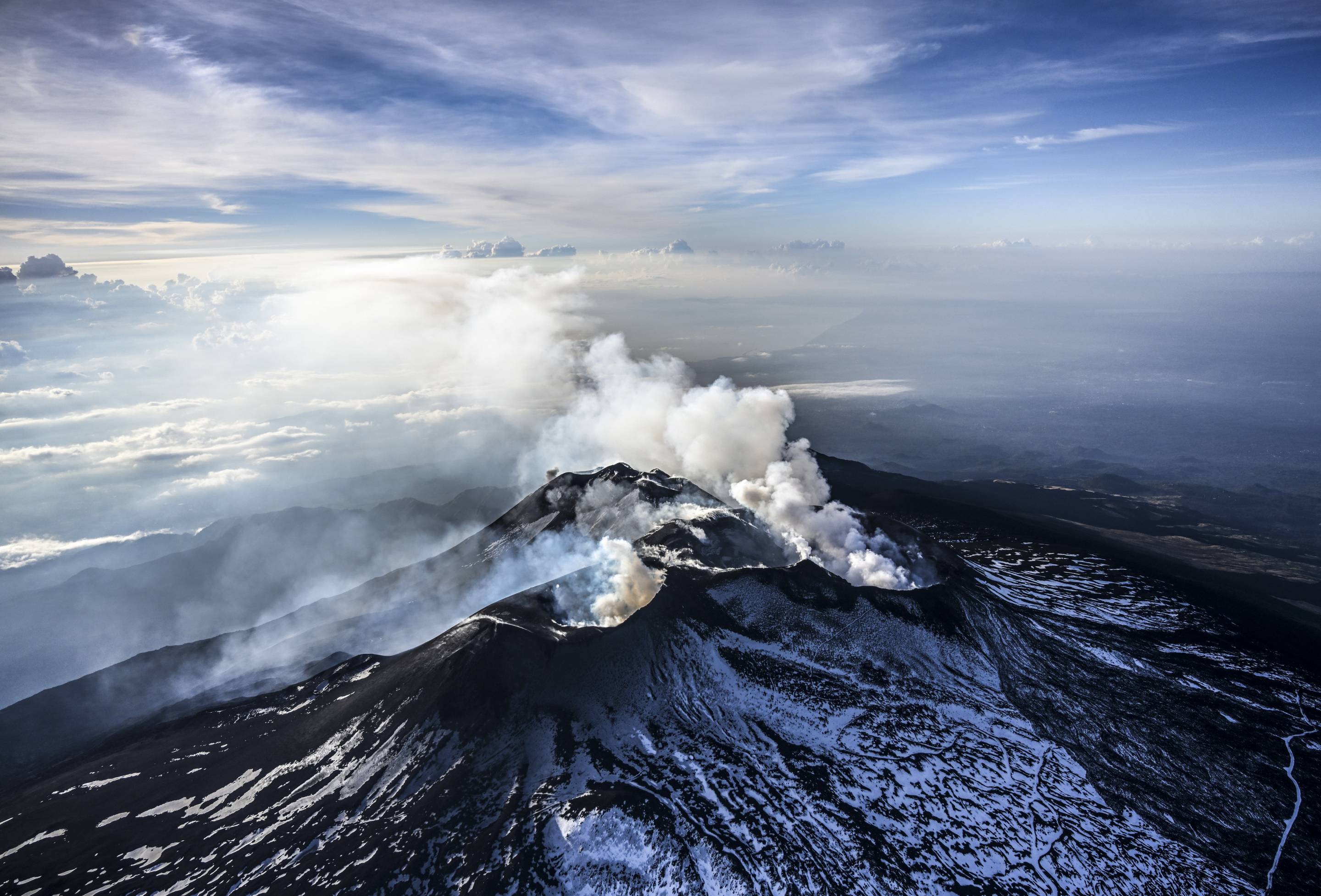 It's the most active volcano in the world, the biggest in Europe and it can really outdo Italy’s other two active volcanoes in size. Being volatile in nature, it erupts on a regular basis and occasionally blows out smoke rings, which adds to the dramatic effect. Mount etna every time it blows its top, it loses the formation and becomes shorter.

There are many ways to reach the place, either use the cable car up and walk to the summit or hike all the way up or take a good ride on a jeep. And for this, you will need a good pair of shoes and warm clothing as it might look hot, but the temperatures above the altitude are quite chilly. It's best to visit this volcano when the winters are about to hit, as it will give you a benefit of enjoying the place and even during winters this place as good as the slopes of Mount Etna convert to a ski resort so if you’re into skiing then you’ll enjoy most of this trip. 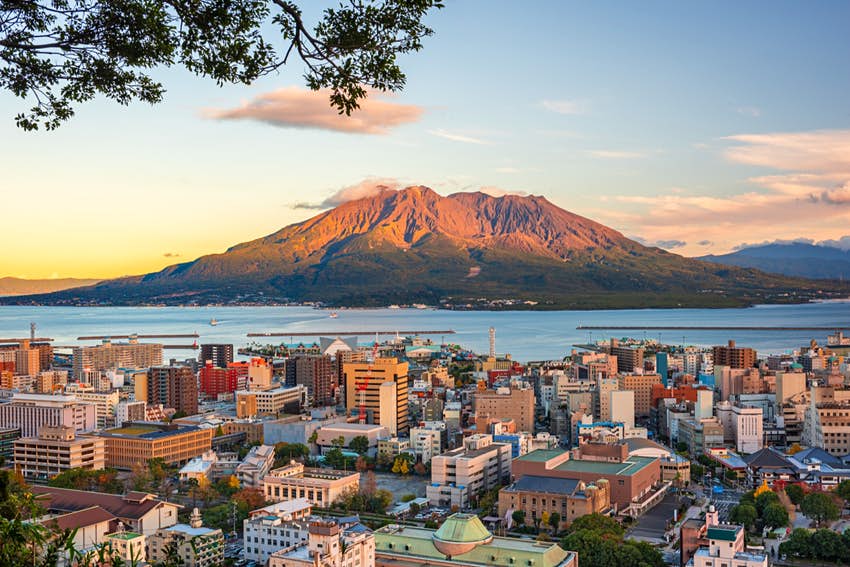 If you sail from Kagoshima bay from a distance, it looks like an inoffensive mound of rock. It's a volcanic exhibitionist that throws up at sixteen thousand feet in the air, a mixture of smoke and ash. This happens on quieter days. And on regular days, it carries on its constant showers that on the countryside spreads an ash layer as thick as a blanket. Since nineteen fifty-five it has been rumbling and hasn’t stopped since. This volcano erupts three times a day. This volcano has the right time, right spot kind of persona but standing too close to enjoy the view can be quite dangerous, as its other three peaks are as active as this one. October month is mainly picked by people to enjoy the stunning view of this volcano, and apart from this it has lava trails to see and children’s dinosaur parks are some other options to try. 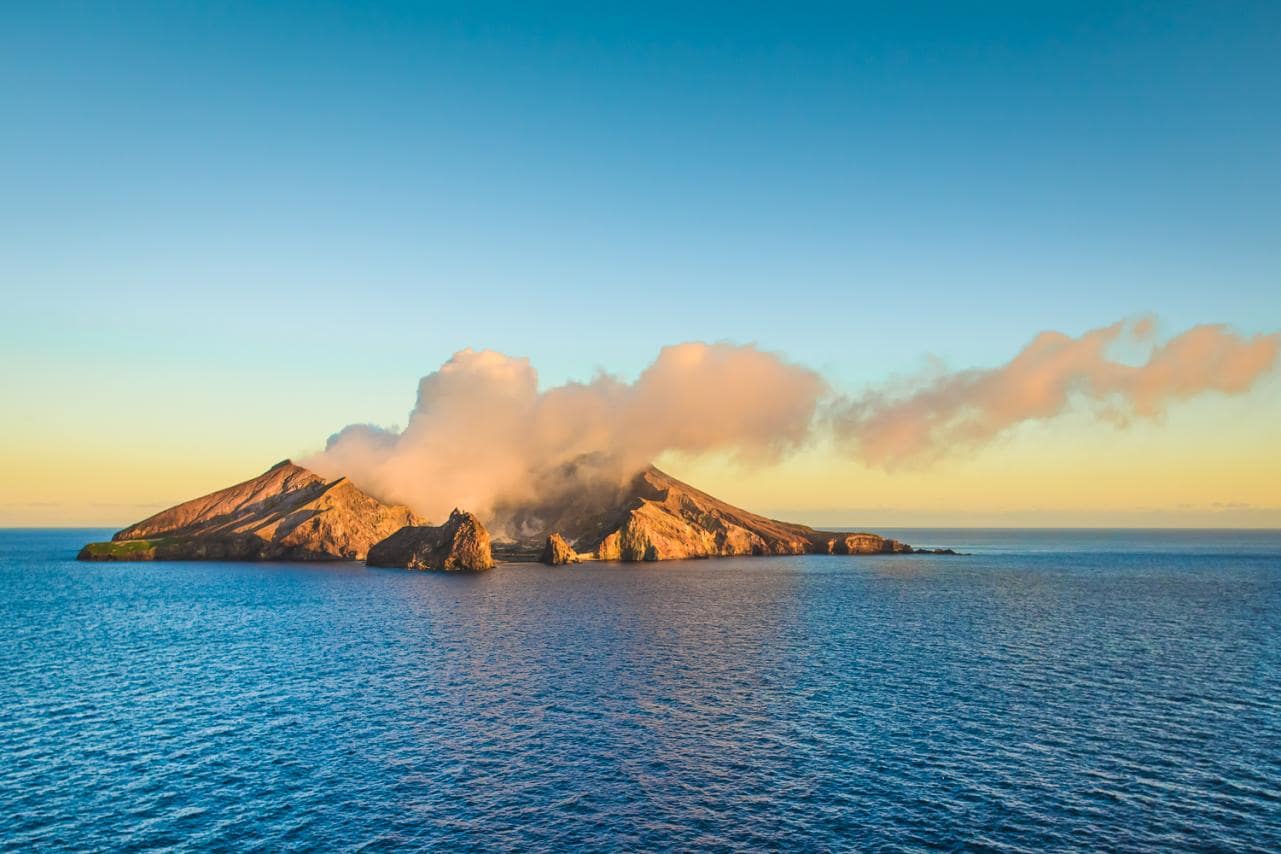 White island is just the tip of the volcano as the rest of the part is immersed into the water, which is compared to witches cauldron as it does a lot of hissing, it spits venom and moreover, it bubbles too. Landscapers in New Zealand do not get more primal than they already are. White island/ whakaari is one such place that feels as if time has stopped. Other than the spooky feels that this volcano gives, it has an acid lake, boiling mud, thermal streams and even the stinking sulphur that turns ground in the shades of yellow and orange. This is one of those volcanos where it does not demand hiking rather it has straight walking areas where you’ll love being a volcano spectator. Other than this, the bird’s eye view of this place is what anyone will call an edgy adventure.

The temperature here at bay is consistent throughout the year, there’s no as such any fixed time or month to visit this place as only a few tour companies that hold permits can go. 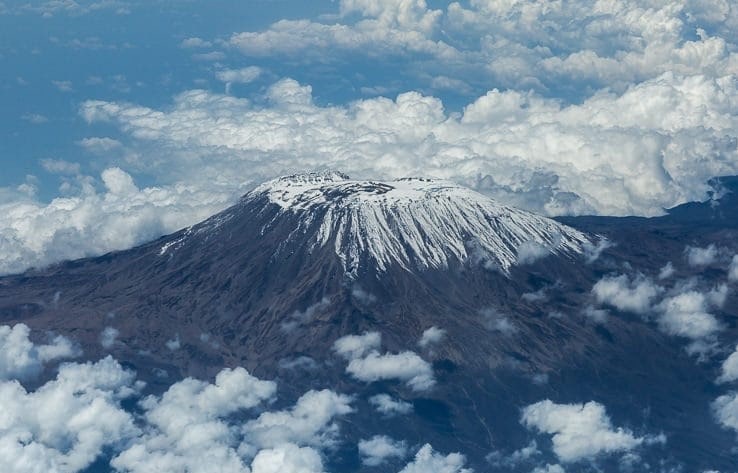 Being the highest mountain of Africa, it has been called the sleeping giant of all the volcanoes, and also the reason why it is preferred by many mountain climbers. There is no great activity that happens in Mount Kilimanjaro, as its two other peaks are extinct and one is slumbering and shows no sign of waking up in one hundred and fifty thousand years. It is one of the most picturesque volcanoes with its snow dipped peaks that are framed against Africa’s prairie is no less than any photographer’s dream, especially when it is captured with any subject which adds to its beauty it. It offers the best mountain climbing experience one would want to take.

The best time to start your adventure at Kilimanjaro is from the months of July to October, as these months are favourable for trekking. 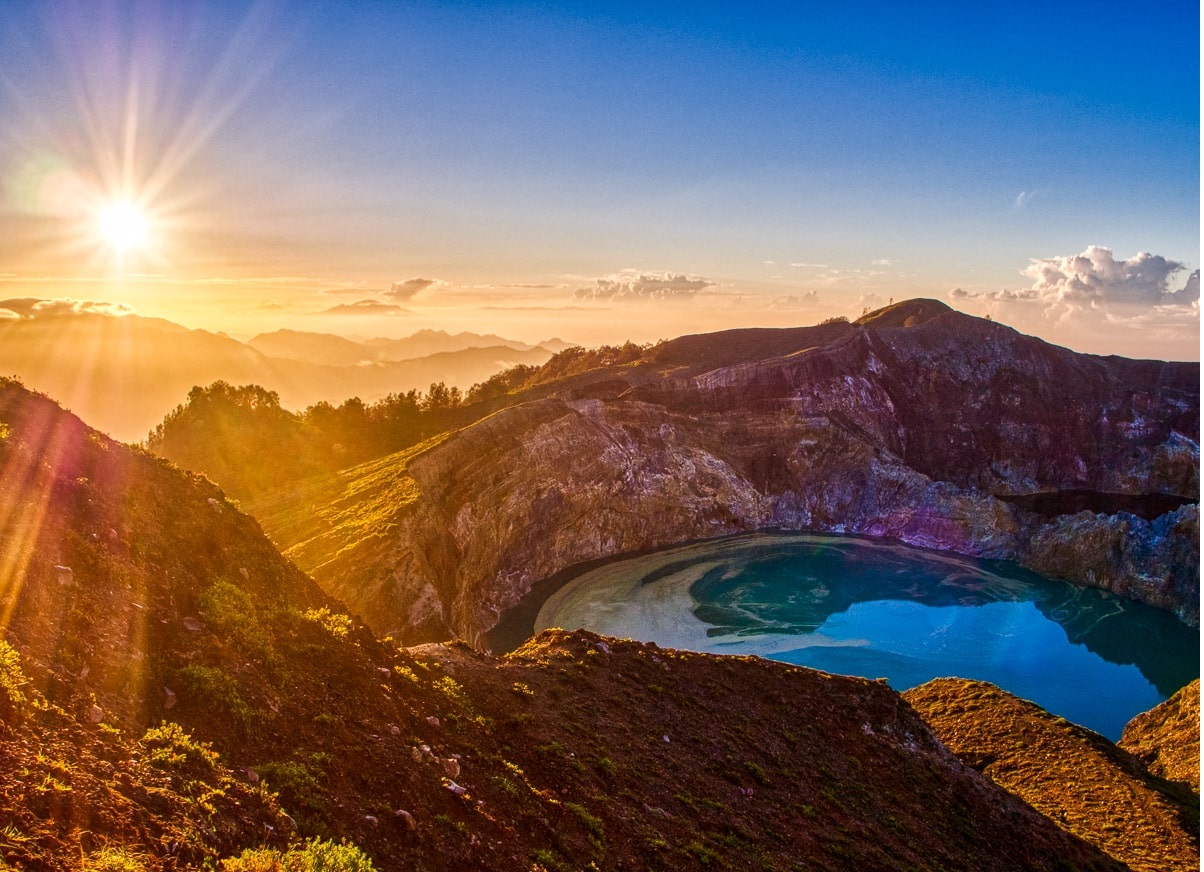 Instead of spitting fires and lava, these are filled with beautiful coloured lakes that keep on changing from stunning glacial blue to the shades of green to muddy red to even black according to whatever volcanic action happens beneath the surface. Even though it hasn’t erupted in the last fifty years, that top can blow off anytime and when it does, all the spectacular views of this mountain will be a thing of the past. It's best to avoid the Indonesian wet season as rains and volcanoes are not a good combination. From May till the end of September you’ll see amazing views and the sunrise from this place is simply stunning. 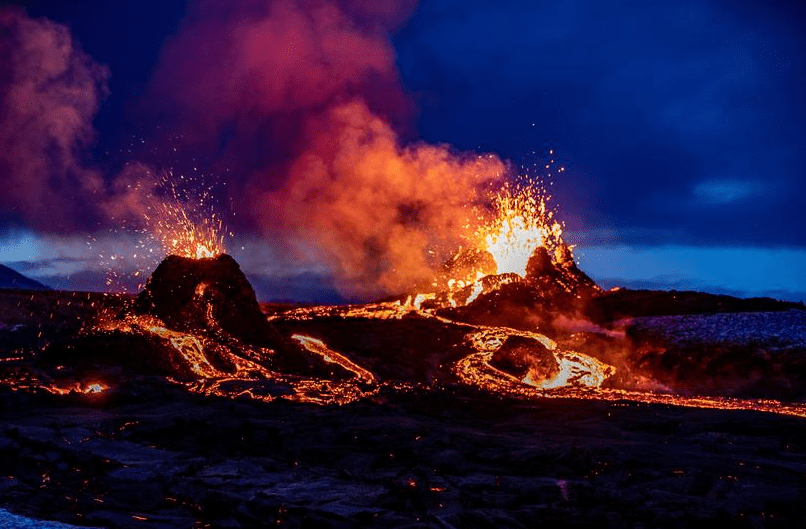 The Eyjafjallajökull in Suðurland is a pretty chilled out volcano, and it's so chilled that it's been frozen for a long time. Even though it comes under the category of an active volcano because of its massive eruption in 2010, its lava didn't have any major mishaps. It's not a stand-alone volcano but is a chain that stretches along the Icelandic landscape. Back when it once erupted it ruined almost everything that came on its way and took a toll on the flight paths. This volcano is one of those where you don't have to climb or hike but you can actually drive to the summit and only experts can drive you up to the top. Avoid the winters as the temperatures are sub-zero. The extra daylight is offered between the months of June to August and you get the most stunning views of aurora borealis dancing over the summit of Eyjafjallajökull. 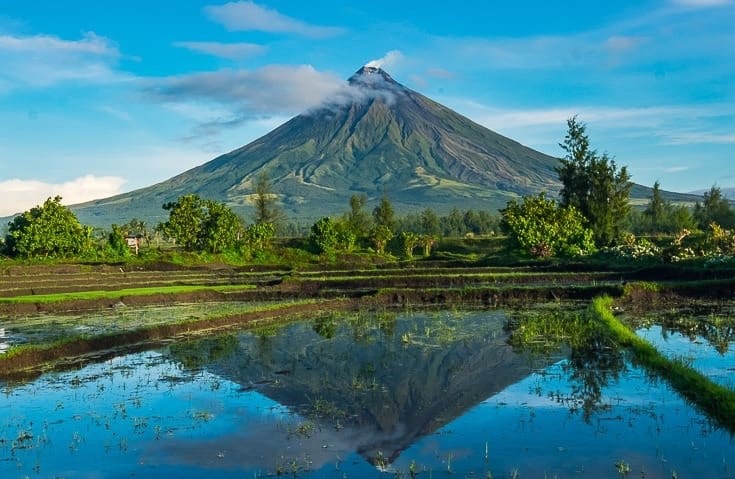 Mayon Volcano is one of the best shaped and most accurate in symmetry. Its conical shape is the geometer’s dream. It has a great practice at eruption, and it's the most active volcano in the Philippines and recently it has splurged out lava from its peaks at the height of five hundred meters. One of the reasons to visit this volcano is its shape but it won't take much time to destroy its perfect geometry as it has a great amount of volcanic eruption ability which can get shattered easily.

There's no certain time of visiting this place, as the eruption starts in a wink and when it does, everything that comes under this is destroyed. A proper check of this place is advisable beforehand to avoid any issues. 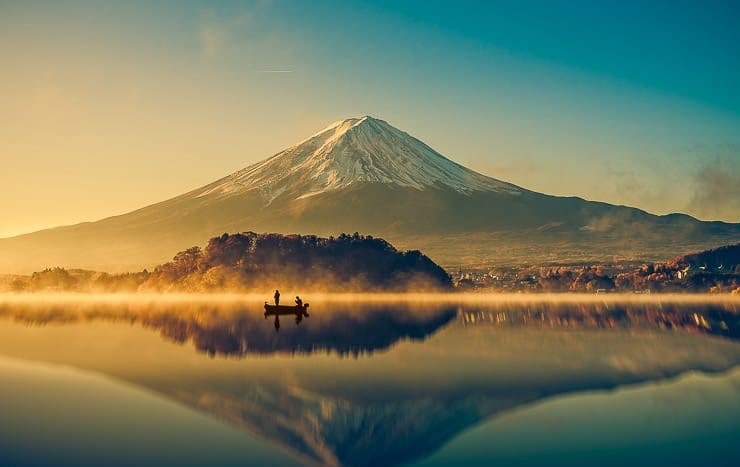 Been more than 3 thousand years since it last erupted, but it still is considered an active volcano. It emerges over Tokyo and is the highest peak in Japan. Mount Fuji is labelled as the most versatile volcano as it has inspired many writers and artists and it is also worshipped as a shrine. And in winters, it is used as a ski- resort. Apart from being the most sensational and iconic landmark, it is also the most easily reached peak. July to August is considered the best month to witness the stunning Mount Fuji, as the climate is best and even walking routes are open.

It’s time you add one more column to your vacation list and enjoy the most stunning and spectacular volcanoes that mother nature has to offer. We here at first fly travel have picked out the best deals that will not affect your pocket rather it will leave it with uncountable memories and experience. so, Get chatting to one of our Professional Travel Experts who will help you design your trip and once you’ve agreed to all the details, all you’ll have to do is pack your bags.